Meaning “House of the Sun,” Haleakala is a dormant volcano that was designated a national park in 1961. More than 29,000 acres in size, the park is a great place for camping, hiking, biking, stargazing and horseback riding. 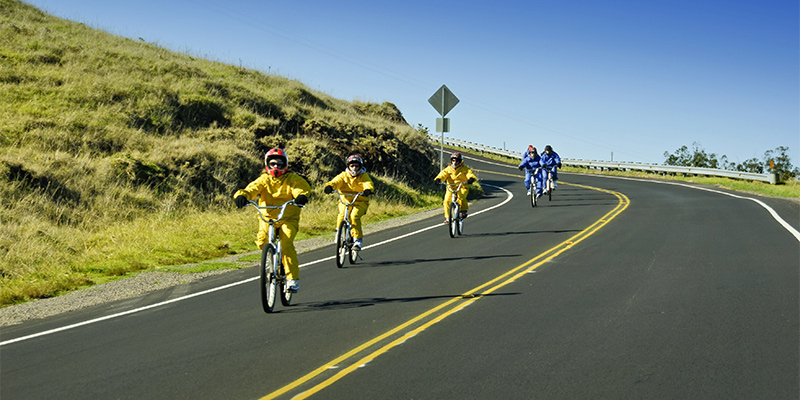 Haleakala is world-famous for its spectacular sunrises (be sure to arrive at least 30 minutes prior). 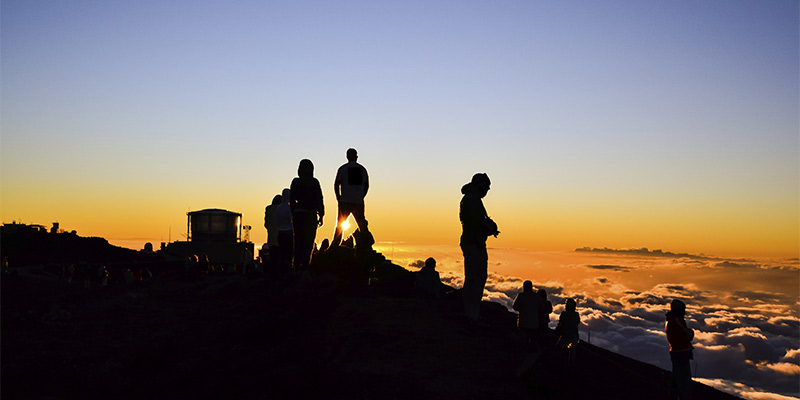 The Park Ranger Headquarters and Haleakala Visitor Center, located in the summit area of the crater, house a variety of cultural and natural history exhibits. The rangers on duty will help you make the most out of your visit. The park’s bulletin board has a schedule of daily programs and activities, including guided hikes.

There is a legend that tells the origin of Haleakala’s spectacular sunrise. 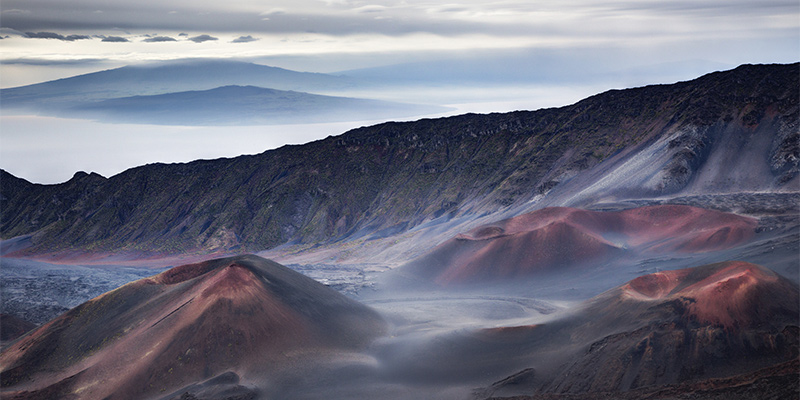 The demi-god Maui and his mother, Hina, lived near Rainbow Falls in Hilo on the island of Hawaii. Hina would make kapa from the bark of the wauke and mamaki tree, and the strips would be dyed with magnificent designs to form cloth. The kapa, however, would still be damp when night fell, and Hina would lament how the sun moved too quickly across the sky to dry the cloth. 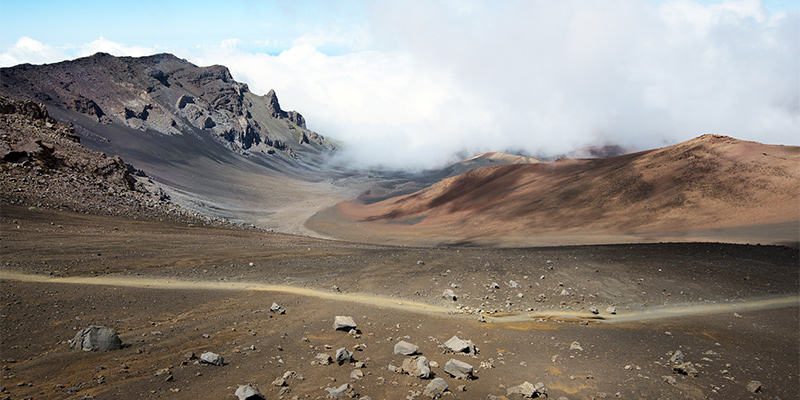 Upon hearing this, the demi-god traveled to the island of Maui and climbed to the 10,000-foot summit of Haleakala, where the sun was asleep in the giant crater. Maui hid until morning and watched the sun begin his daily journey. As the first ray of sunshine appeared, Maui snared it with his lasso of twisted coconut fiber. 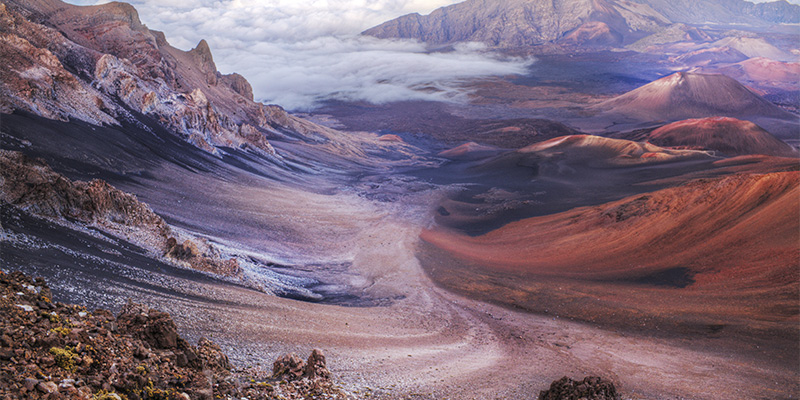 The sun demanded to be released, but Maui would not let go. “Promise me that you will move more slowly across the sky,” he told the sun. Left with no choice, the sun struck a bargain with the daring demi-god. He would move slowly for six months out of the year, and then move at his preferred pace for the other six months. Agreeing to the terms, Maui hurried home and told his mother the good news. As a reward, Hina made her son a new cape, and sure enough, it dried in one afternoon.