Life on a Volcanic Island: The 2018 Kīlauea Eruption

My earliest memory of witnessing a volcanic eruption was the 1975 short-lived eruption of Mauna Loa.

We were living in Waimea, high up on the foothills of Hōkū‘ula or Buster Brown Hill. My mom woke us around midnight on July 5, 1975 with “Get up! Mauna Loa is erupting!” Groggy and sleepy-eyed, we trudged out to our front lanai to see Mauna Loa wrapped in an orange glow. After a few minutes, we all went back to bed. The next evening, the eruption had ceased.

History of Volcanic Activity on the Big Island

Hawaiʻi Island was constructed by 5 major volcanoes: Kīlauea, Mauna Loa, Mauna Kea, Hualalai and Kohala. Mauna Loa is the largest active volcano on Earth. Mauna Kea, Hualalai and Kohala are considered either dormant or extinct. Kīlauea is presently of the most productive volcanoes on Earth, in terms of how much lava it erupts each year. Hawaiian volcanoes are known as shield volcanoes, which are gently sloping mountains produced from a large number of generally very fluid lava flows.

Archived written history of Kīlauea and Halemaumau crater began in 1924. Since then, the more notable eruptions include the 1975 and 1984 Mauna Loa eruptions, as well as the 1983 Kīlauea eruption, which is still on-going to this day. As decades passed, technology advanced, which means that there is more available information, quicker notifications and warnings, more national televised news, and social media bringing forth Kīlauea and her majestic display of power, beauty and destruction to the world. 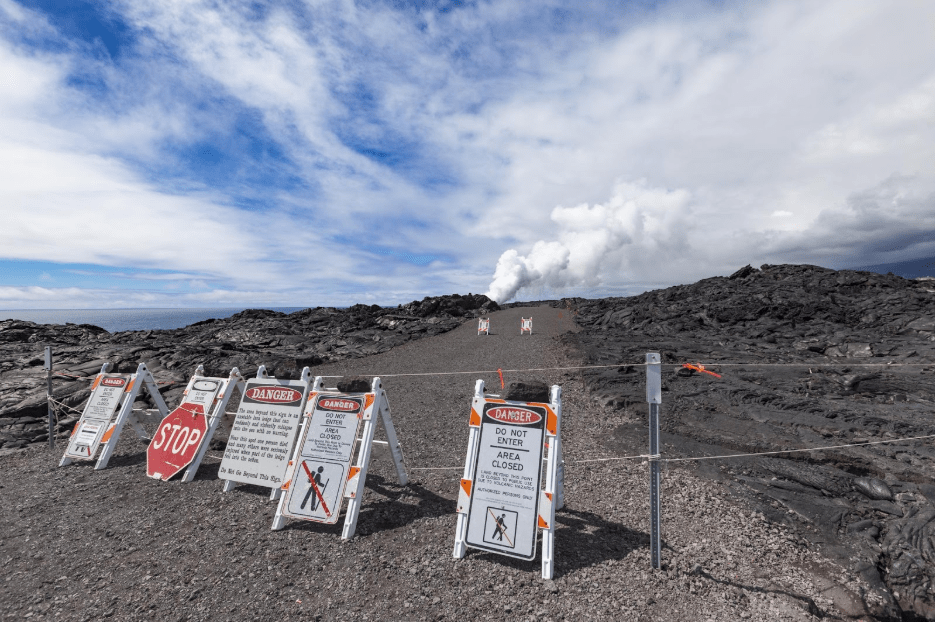 The Kīlauea eruption entered its most destructive phase in March 1990, when breakouts from a lava tube progressively entered into the Kalapana community, an area cherished for historic cultural sites and its famous black sand beach.

By the end of the year, lava flows from the Kūpaʻianahā vent of Kīlauea destroyed and partly buried most of the town, including a church, store, and 100 homes. Along with the destruction of Kalapana were those of the nearby town of Kaimū and Kaimū Bay, both of which now lie buried beneath more than 50 feet of lava. Lava output from the Kūpaʻianahā vent finally stopped on February 7, 1992.

Following the eruption, access to Kalapana Village was reestablished and many of the original Kalapana families returned. The Village thrived once again, until the May 2018 lava flows, which impacted nearby access roads.

An eruption began on January 3, 1983, as the first of several fissures broke out on Kīlaueaʻs East Rift Zone. By June 1983, the eruption became focused at a single vent, and over the next few years, a series of 44 lava fountains built a cinder and spatter cone later named Puʻu ʻŌʻō

Over the yearʻs Kīlauea and Puʻu ʻŌʻō provided locals and visitors alike with an amazing series of sights and experiences. Then on June 27, 2014, new fissures erupted on the east flank of Puʻu ʻŌʻō. The start of this new flow rapidly advanced to the east, known as the June 27, 2017 flow, it advanced towards the town of Pāhoa between July and late October 2014. The flow nearly reached Hwy 130, the main route in and out of Pāhoa. In November 2014, the flow front began an advance in a slightly different direction and by December 2014 it was threatening the Pāhoa Marketplace.

Eventually, the June 27, 2014 flow stagnated, then retreated completely in March 2015, but not without destroying one out building, covering roads and encroaching into the County's Transfer Station. 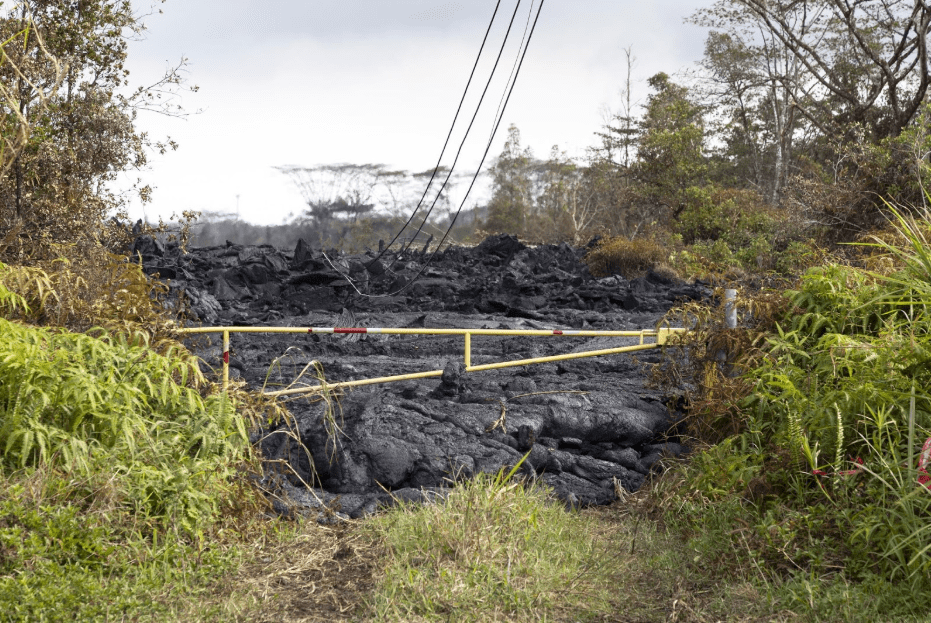 Shortly after April 27, 2018, the USGS warned Hawaiʻi County Civil Defense of a “possibility of an eruption” in the Lower East Rift Zone. On May 3, 2018, outbreaks of a lava fissure appeared on Mohala Street within the Leilani Estates. With outbreaks of lava fountains up to 300 feet high, the lava flows were preceded by earthquakes and ground deformation that then created cracks in the road. With a threat of a fast moving lava flow forced the evacuation 2,000 + residents from Leilani Estates, with some given only 15 minutes to evacuate. The following day on May 4th, two major earthquakes rocked Hawaiʻi Island, probably forever changing Kīlauea, Halemaumau and Puʻu ʻŌʻō. 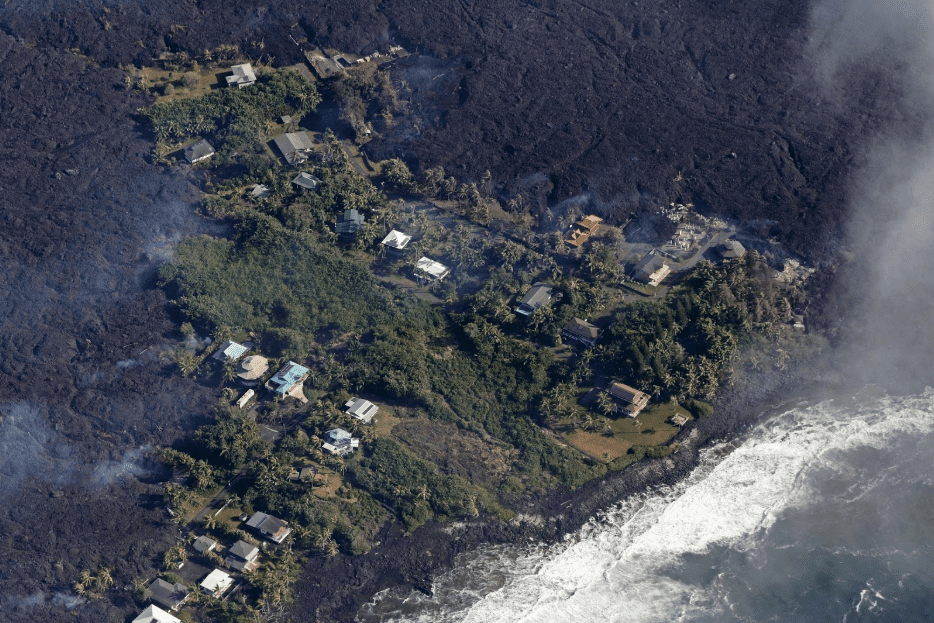 The fissures sent rivers of lava that buried part of Hawaiʻi Route 137, essentially cutting off a part of Opihikau to Pohoiki and began flowing into the ocean just north east of Mac Kenzie State Park.

On May 29, 2018, lava from a new northeastern flow overran Hawaiʻi Route 132, essentially cutting off access between Kapoho and Pāhoa. The massive lava flow reached the ocean at Kapoho Bay on June 4, 2018. Along its, path the lava flow entered into the Kapoho Crater and evaporated Green Lake, the largest natural freshwater lake known in Hawaiʻi in just a matter of minutes. 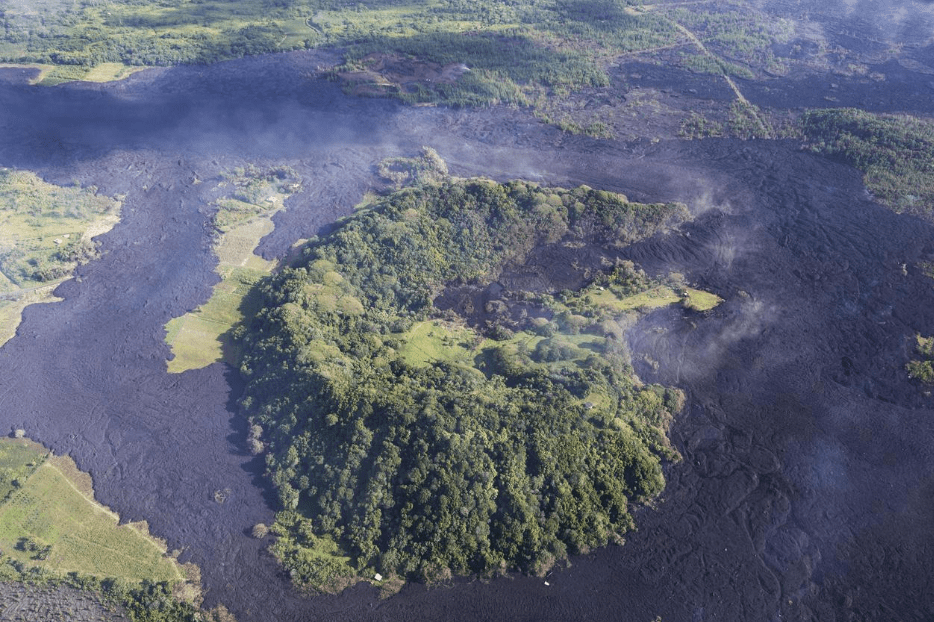 By June 5, 2018, Kapoho Bay had been filled with lava, which formed a point where the bay had been. Many homes in the neighboring Vacationland and Kapoho subdivisions were destroyed within hours.

By June 29, 2018, the official count of homes destroyed stood at 668, with over 10 square miles of land covered by lava flows. And about 520 acres of new land created at the ocean point of entry. Evacuation of Leilani Estates, Lanipuna Gardens, Vacationland, Kapoho and many other surrounding communities have been offered shelter through the County of Hawaiʻi and the Red Cross. To date, there are approximately 367 people and pets still housed at the two shelters.

This still ongoing volcanic event has been the most destructive in the U.S. since the Mount St. Helenʻs eruption in 1980. Currently with 22 noted fissures and with Fissure 8 located on Luana Street still the most productive and destructive.

There no end in sight for the Community of Puna, though the Puna ʻOhana is strong and resilient. Some will move, most will stay and most will rebuild. To help our community and for more information, please visit the Hawai’i Life Charitable Fund Website at give.hawaiilife.com. Mālama Pono.