The Myths and Legends of Poliʻahu: The Goddess of Snow

Poliʻahu is the goddess of snows; her home is Maunakea.

During the cooler winter months, a blanket of snow often covers the summit of Mauna Kea.  The first rays of the early morning sun cast a brilliant shade of red on the mountain, hitting the peak first, then spreading down the slope and disappearing as the sun rises. 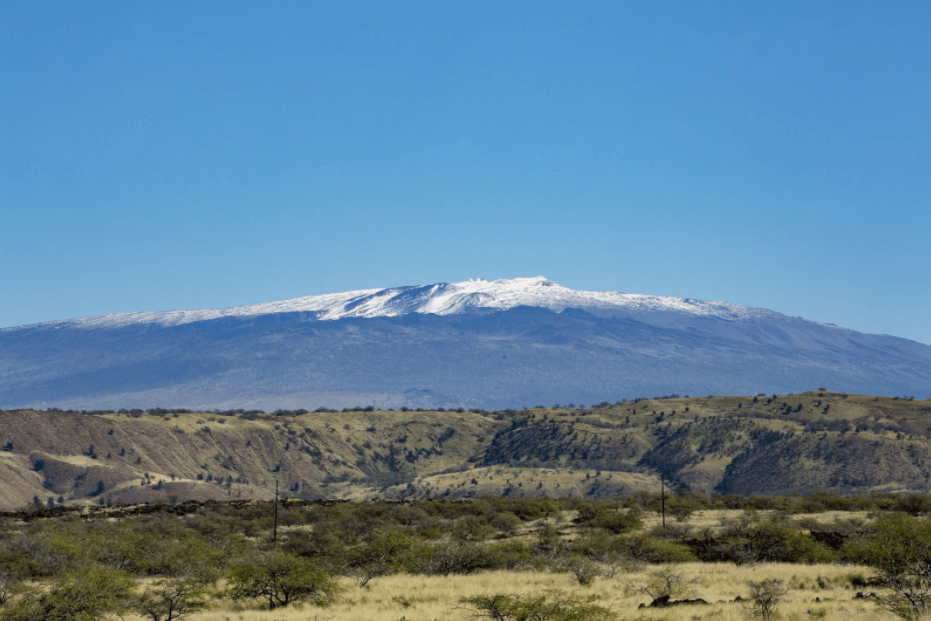 Mauna Kea was one of the few places in the tropics that was repeatedly covered by glaciers during the ice ages. An ice cap as much as 400 feet thick once covered about 26 square miles of the summit area, reaching down to the 10,000-foot level. The effects of the last Ice Age are still felt on the mountain. The centers of the summit cones on Mauna Kea are permanently frozen to just a few feet below the surface. The layers of permafrost, or ground ice, is all that is left of a once giant glacier – all of this on an island that lies within 20 degrees of the equator.

Traditional stories often relate the interaction of deities with the land and people. Are they just simply quaint legends? Or are they accounts of the natural history of the Hawaiian Islands? The many myths and legends which express the deep attachment between the Hawaiian people and the earth around them, natural history is thus related in a beautiful and poetic way.

The late mythologist Joseph Campbell wrote “...There are two totally different orders of mythology. There is the mythology that relates you to your nature and the natural world, of which youʻre a part of. And there is the mythology that is strictly sociological, linking you to a particular society.” Campbell also wrote, “Myth makes a connection between our waking consciousness and the mystery of the universe. It gives a map or picture of the universe and allows us to see ourselves in relationship to nature.”

The Birth of the Islands

Long, long ago, when the world was new, Wākea, the Sky Father, looked down and saw the beauty of Papa, the Earth Mother. Her ocean garment flowed about her body, moving gracefully, and the bioluminescence glimmered like the stars above in Wākeaʻs Kīhei of Night. 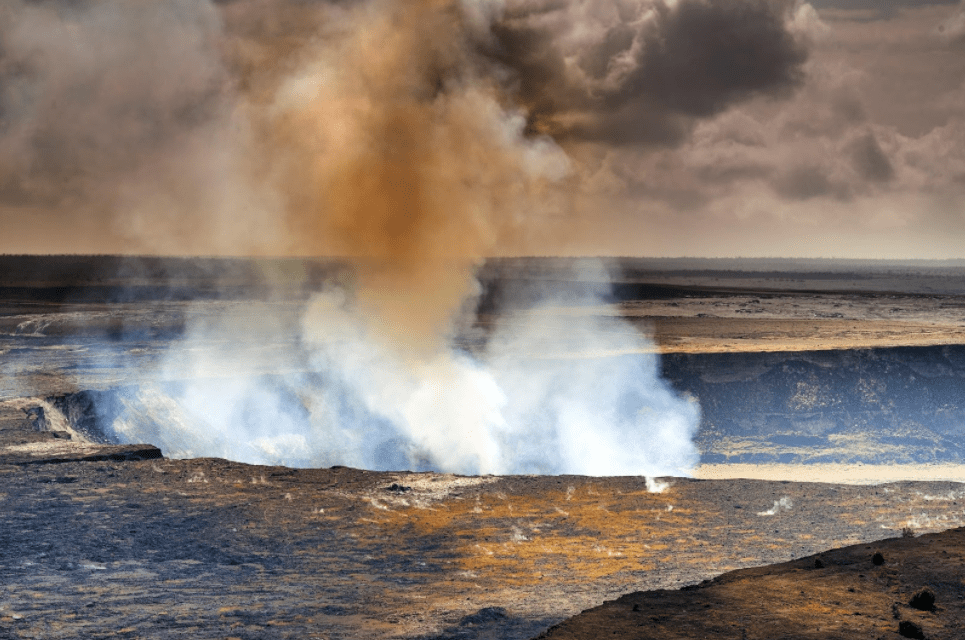 There were four sisters all with white kapa cloaks found in the mythology of the Hawaiians. All four were beautiful, full of wit and wisdom, lovers of adventure and enemies of Pele. They were the goddesses of the snow-covered mountains. They embodied  the mythical ideas of spirits carrying on eternal warfare between heat and cold, fire and frost, burning lava and stony ice. They ruled the mountains north of Kīlauea and dwelled in the cloud-capped summits.

Poliʻahu is the most famous of the four deity sisters of Mauna Kea, the beautiful snow goddess who makes the summit her home. Poliʻahu, whose name means “cloaked blossom,” or “temple bosom,” is a legendary daughter of Wākea who dwells at the summit of Mauna Kea.  As the snow and ice goddess, she is the antithesis of her fiery archrival, Pele.  It is Poliʻahu who spreads her beautiful white kapa across the summit of Mauna Kea in the winter, and adorns the mountain with her pink and gold cloak in the summer. The summit of Mauna Loa is also that of Poliʻahuʻs, though she occasionally still has arguments with Pele regarding that.  She is the eldest daughter of Kāne and, her younger sisters are her ladies in waiting. Many men have pursued her, yet she always ends up alone.

Waiau, the guardian goddess sister of the beautiful glistening lake in one of crater-cones on the summit of Mauna Kea which bears her name.  The name Waiau means “water of sufficient depth to bathe.” She would often bathe Poliʻahu, and refreshed her drinking gourd with sweet water that she often fetches by using her bird form to fly from place to place.

Kahoupokane is the goddess of Hualālai and a master kapa (cloth) maker. When the heavy rains come from the mountains, she is throwing her kapa as she beats it. When thunder rolls, that is the sound of the beating of the kapa. On a sunny day, when there is thunder and a fine misty rain with no clouds, you know that Kahoupokane is pounding her summer garments.

Lilinoe is the sister goddess of the fine mist.  She is also the goddess of Haleakalā, dead fires, and of desolation.  She dresses Poliʻahuʻs hair so that it is soft and fine, and floats like a cloud about her. “'Kokohi mai o Lilinoe, ka wahine nono i Poliʻahu.' The fine mists of Lilinoe darken, the woman who dwells with Poliʻahu.” 2