Coconut water is popping up everywhere in a variety of commercial beverages. But the original (and a favorite at local Hawaiian farmers' markets) is a fresh green coconut trimmed, opened with a machete, and inserted with a straw to draw out the fresh sweet liquid! 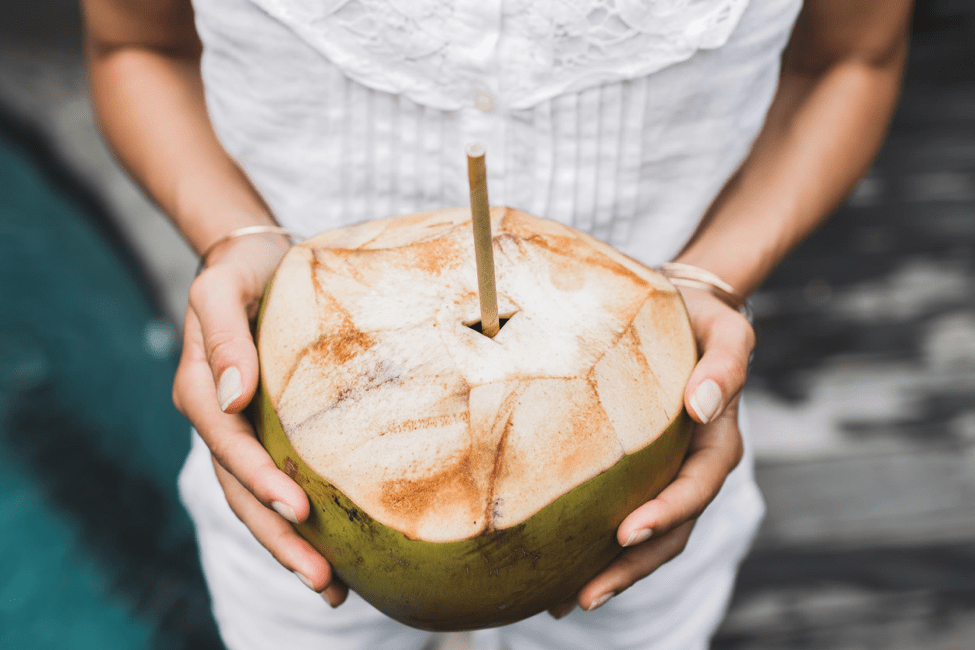 What a magnificent plant is the graceful coconut or niu. Niu is probably the most easily recognized and best-known palm tree in the world. Strong, resilient and can provide us with our most basic need for life – water! As a child, I was told that the most sterile water on earth is from the niu.

Hawai‘i is on the edge of the coconut belt. The coconut bears better nearer the equator, where it is more widely used there. Niu was a valued cargo on sailing canoes of the original Polynesian voyager to Hawai‘i Nei. Some of the ancestors of our trees also floated ashore, alive for up to four months at sea, and still able to germinate. Coconuts grow well near the ocean, thriving in sandy soil near salt spray, where our Hawaiian coastlines have remnants of the many ancient groves. 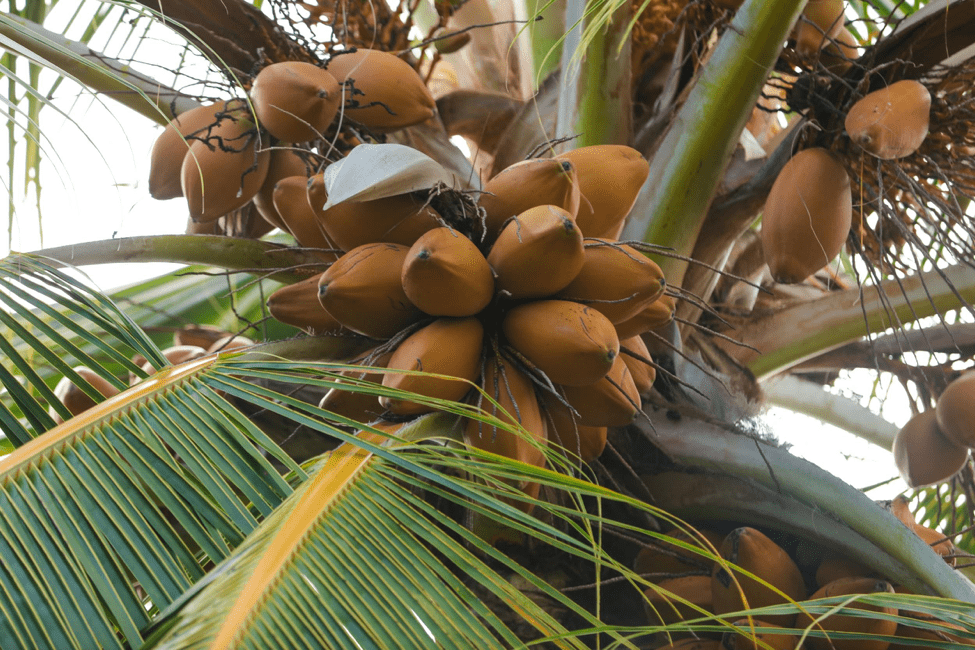 The coconut tree is probably one of the most useful plants in the tropics. It is said that more uses are made of it than any other tree in the world. Besides drink, food and shade, niu offers the possibilities of housing, thatching, hats, baskets, furniture, mats, cordage, clothing, charcoal, brooms, fans, ornaments, musical instruments, shampoo, containers, implements and oil for fuel, light, ointments, soap and much, much more! 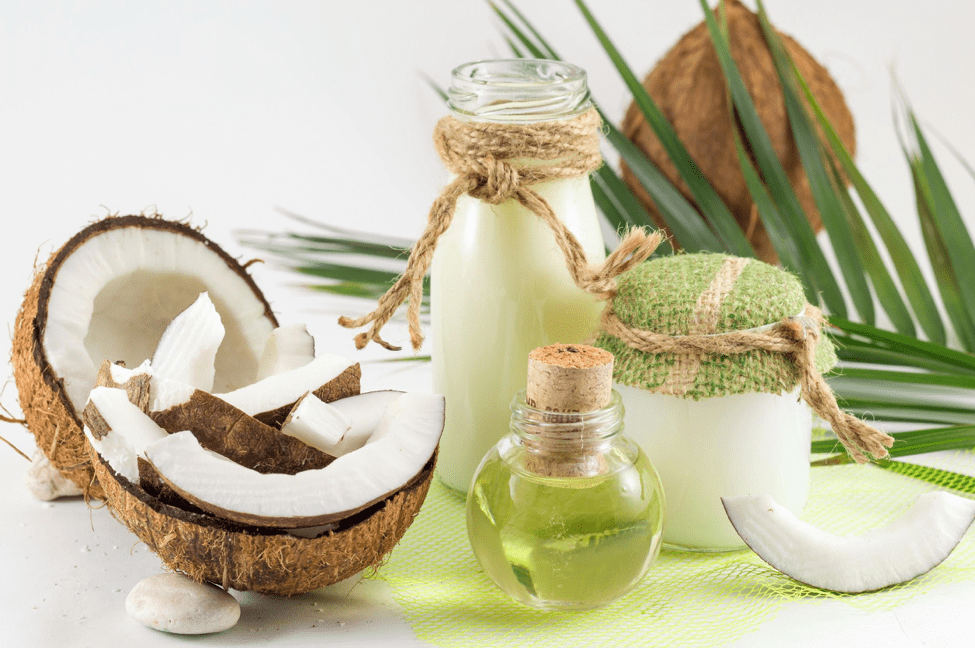 Traditionally, a coconut palm is planted at the birth time of a kamaʻaina. The tree bears fruit around the seventh birthday for up to 70-100 years, providing food for the kamaʻaina’s lifetime. One tree may bear up to 50 fruit a year.

As food, the niu flesh or meat is used for different purposes, depending upon the maturity of the nut. The perfect drinking nut is full-sized, yet immature. It is green, with no trace of yellow color, and it must be picked. With up to one quart of water inside, you can shake it, but you can’t hear it when you shake it. The yellow or browning nut coconut is mature when it drops to the ground. There may still be some water in the cavity, which can be combined to make coconut milk.

The flesh of the mature nut is used to make coconut cream, which when mixed with kalo or taro and steamed makes a traditional dish called kulolo; with ʻuala or sweet potato it is called poi palau. Best known is haupia, niu cream mixed with cornstarch to form a pudding, a kamaʻaina favorite and served at luaus. 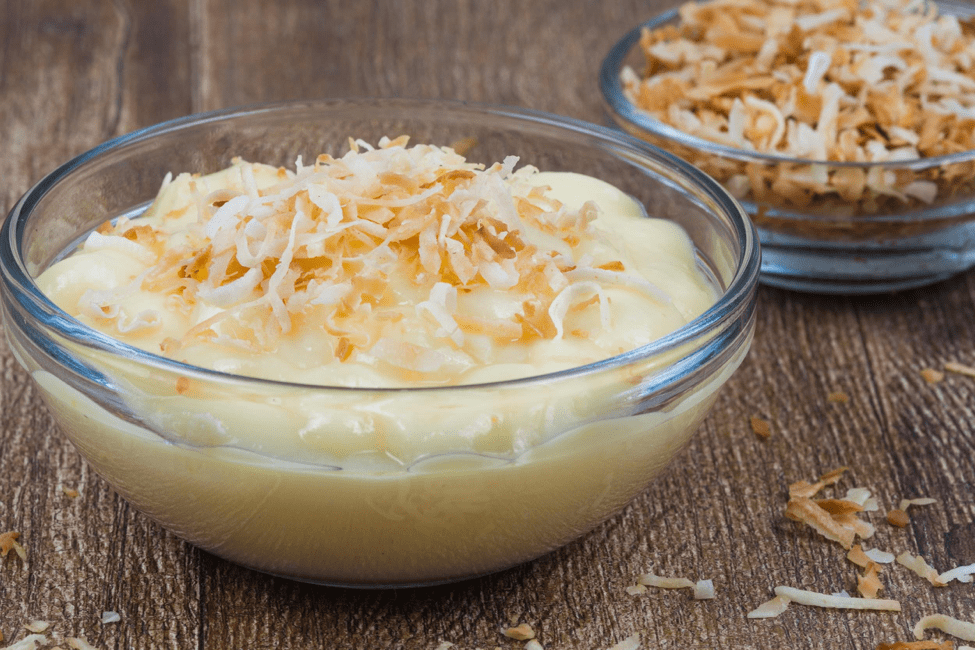 However you decide to experience coconut — whether it's fresh, sweet and cool coconut water, a specialty crafted beverage, or a unique Hawaiian dessert — please don’t pass it up!