What to Know about Whale Season in Hawaii

Every year, thousands of humpback whales migrate back to the warm waters of Hawaii and delight viewers with their beauty and fun acrobatics! According to the Hawai’i Wildlife fund, North Pacific humpback whales, Hawaiian name: Kohola, are a conservation success story. 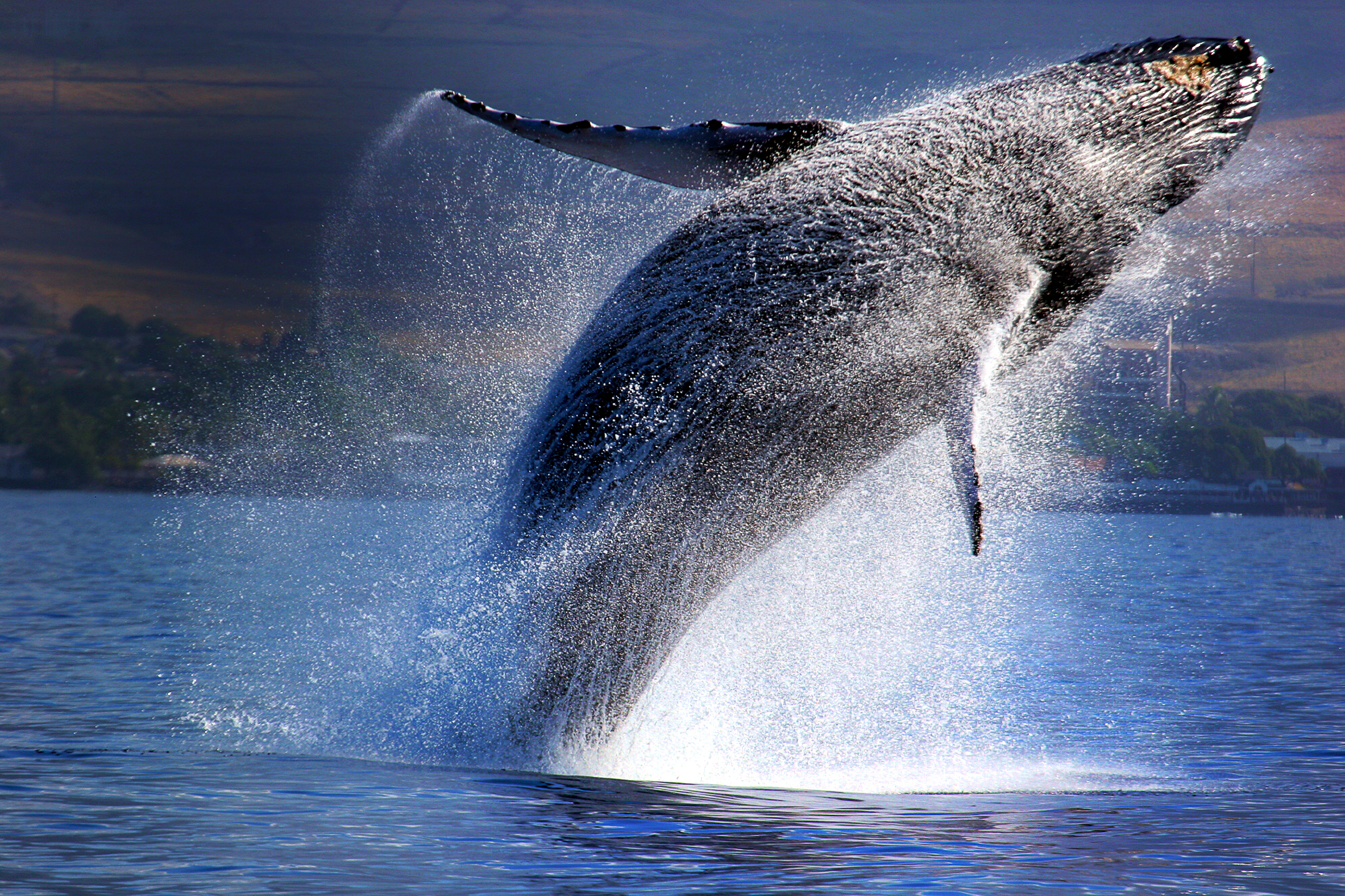 During the last twenty years, the North Pacific humpback whale population has grown from approximately 2,000 to more than 21,000 whales! In 1992, Congress recognized the importance of this habitat and designated critical areas as the Hawaiian Islands Humpback Whale National Marine Sanctuary. Humpbacks are no longer listed as an endangered species in Hawaiian waters but are still protected by federal and state regulations.

Keep reading to learn more about these magnificent creatures, their journey to Hawaii, and how you can catch a glimpse of their brilliant behaviors!

When is Whale Season in Hawaii?

The whales start returning to Hawaii around the fall months, and sightings can begin as early as October or November! Whale season officially runs from about December 15 - May 15. While it’s still possible to have whale sightings until the summer, most activity can be witnessed from January through March.

What Kind of Whales Migrate to Hawaii?

North Pacific Humpback Whales! Although there are less commonly seen species such as pilot whales and false-killer whales that inhabit Hawaiian waters year-round. NOAA estimates that as many as 12,000 humpback whales migrate to the warm waters of Hawaii.

Where Do the Whales in Hawaii Migrate From?

Technically speaking, the whales are originally from Hawaii as they were born here in the warm, protected waters. Every year, whales head south for the winter from the Gulf of Alaska to Hawaiian waters to breed, birth, and nurse their young. The humpbacks will then migrate back to their summer feeding grounds in Alaska where they replenish themselves in the nutrient-dense waters before returning to Hawaii again in the winter months.

How Long Does It Take Whales to Migrate from Alaska to Hawaii?

Whales spend 6-8 weeks migrating between Alaska and the Hawaiian Islands. According to the Guinness Book of World Records, the longest migration undergone by any mammal species is that of the humpback whale, which migrates up to 8200 km (5,000 miles) each way when journeying back and forth between its warm breeding waters near the equator and the colder food-rich waters of the arctic and antarctic regions.

Where is The Best Place to See Whales in Hawaii?

Although humpback whales can be seen from all of the Hawaiian Islands, the shallow and protected Auau Channel between Maui, Molokai, and Lanai is a favorite with the humpbacks. It is considered one of the best whale-watching destinations in the world!  Contact your Hawaii Life concierge to arrange a whale watching boat tour from any island! 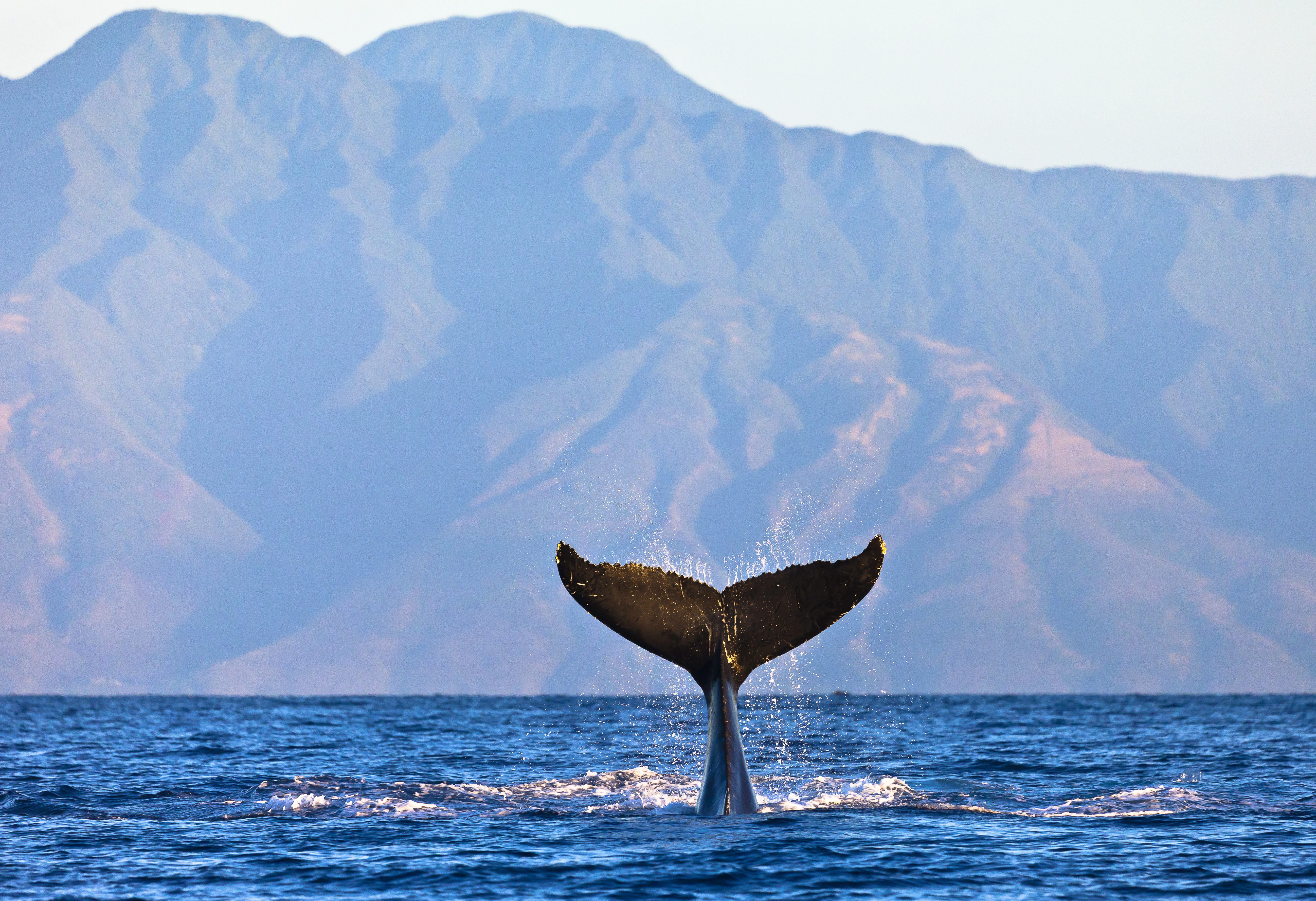